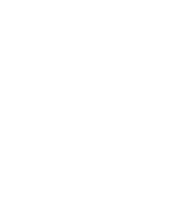 THE FIRST CHOICE FOR TAXIS IN ABINGDON AND THE SURROUNDING AREAS

Abingdon claims to be the oldest town in Britain in continuous settlement, with evidence of occupation as far back as the Palaeolithic era. It is certainly a town steeped in history, and no visit is complete without a trip to the Abingdon Abbey remains or the Unicorn Theatre. Although history pervades the whole area, Abingdon is at the heart of science, technology and telecommunications, with its science and business parks. Abingdon is home to household names such as Sophos and Miele, and Culham Science Centre on its doorstep. The Joint European Torus (JET) is based at Culham, and this project has the aim of developing future nuclear fusion grid energy. Manufacturing is also in the town’s background with MG Cars having been produced there for several decades. Morland’s Brewery also used to be a major employer in the town. The town nestles alongside the scenic River Thames, and it is possible to hire boats to go on river cruises. The town also has the White Horse Leisure Centre and Tilsley Park for those who prefer to be more active. For shopping excursions, there are several independent shops and the recently refurbished Bury Street shopping centre is a bustling hub for a bit of retail therapy. There are many places to stay in the town, such as the Premier Inn, the Crown and Thistle and the Oxford Abingdon hotel, as well as many other smaller establishments. If you are lucky, a visit to the town may coincide with a historic bun throwing ceremony which takes place from the roof of Abingdon Museum. Ock Street is closed to traffic for two days every October for the traditional Michaelmas Fair, and the town hosts the annual Mayor of Ock Street parade which is connected with the tradition of Morris Dancing in the town. The town is home to several independent schools of note including Abingdon School, OLC, St Helens and St Katharine’s and Radley College. We’ve got Abingdon covered – our fleet is always expanding making us Abingdon’s number one choice for taxis!

THE FIRST CHOICE FOR TAXIS IN ABINGDON AND THE SURROUNDING AREAS

WHAT DO WE DO?

Go Green Taxi's have a specially selected choice of vehicles in our fully owned fleet ranging from our Eco Friendly Prius, Exclusive Executive Mercedes E-Class and the multi functional 8 Seater Ford Tornueo with space for up to 8 Suitcases!

From door to departure lounge with simplicity and style.

We go above and beyond for our customers. We want to ensure your trip goes smoothly from the minute you leave your house. We will track your flight both inbound and outbound so we're always on time.

We go above and beyond for our Executive clients.

Enjoy travelling in style with our executive service. We have Mercedes e class ready for your taxi needs

We cover Didcot and Surrounding villages. The experts in transport!

Go Green Taxis operates a taxi service in and around of Oxfordshire. We are here for you when you need us, no matter the length of the journey.

We provide corporate services to companies all around Oxfordshire.

Go Green Taxis have in excess of 100 corporate clients benefiting from competitive prices, exclusive service and priority services. Speak to us today about opening an account.

Have your car booked and sent out with just a few clicks.

We value our contributions towards the environment!

With our constant contributions to the world, we boast the most eco-friendly transport available in Didcot and Oxford

What our customers say

They continually been able to deliver a first class service as the first point of contact for my executive business car needs, whilst maintaining a friendly and professional attitude. credit to Go Green!

Provided us with an excellent service which we cannot fault, we would highly recommend them.

We have used your airport service for a few years now and find it reliable, professional and cost effective. It is really important to have a trusting relationship and look forward to continuing to work with you.

Go Green Taxi’s Provide a regular four days a week taxi service for a client of ours, they are very reliable, they inform us when they are likely to be late and keep us informed of any concerns with our client, their drivers are always friendly.

Go Green Taxi’s have always provided us with a prompt and flexible service with a great corporate rate. I would highly recommend them for either business or personal hire. Top Qualities: Great Results, Good Value, On Time.